One justification for "lack of realism" that I hear a lot is this: fantasy is escapism, so doesn't need to be realistic. Obviously, I try not to focus just on realism in this blog - that's why it's "believability", after all - but the essential gist of my counter-argument would be that even fantastic things are based on amalgamations of understandable "real" elements. From human elements like knights and castles, to magic spells like fireballs and lightning bolts, to monsters like gnolls and dragons, there is always an undercurrent of "something real". They may be used in unrealistic ways, but they're still based on real things. Connecting the audience to those real things brings about the sort of sensory understanding and tangibility that we've discussed in the past. 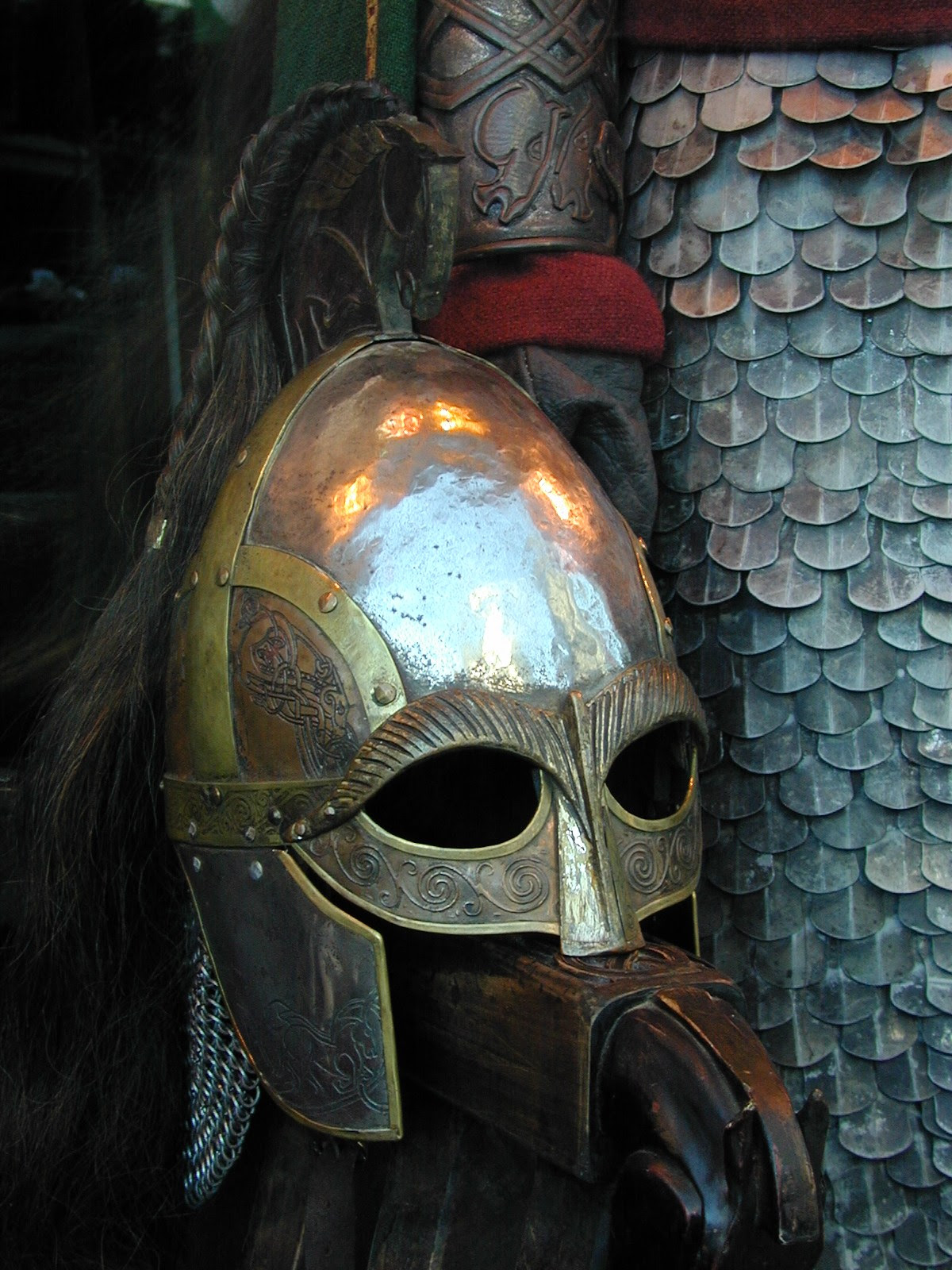 Magic and Technology
One of the most contradictory elements of fantasy is that it often attempts to be "separate" from realism, and yet relies on realism in terms of things like weapons and armor. This is because of divergent aesthetic choices: fantasy is associated with "medieval stuff", but as things get more and more magic-oriented, it makes less and less sense. If magic is common, people who still use swords and spears need to be justified. AD&D, for example, balanced them out by making fighters tougher than wizards, eventually to an unrealistic extent. Other games take similar measures - making normal people unrealistic so that they're not outshadowed by wizards, who are meant to be the "fantasy" element.

To quote Warren Ellis' Crécy: "We have the same intelligence as you. We simply don't have the same cumulative knowledge that you do. So we apply our intelligence to what we have". Powerful magic should change the world. Why are people still using swords and armor - which are pretty hard to make - if there's magic available through vague and indeterminate methods? The more powerful the magic is, the more "normal people" have to be scaled up to deal with it. Suddenly, a fighter is no longer a regular human with a sword - now he is "magic" in his own non-magical way. Believability has been sacrificed for the iconic image of "a warrior with a sword" or "a knight in shining armor", which is fine if that's all you want, but not if you want to establish a universe that makes sense.

Even simple "low magic" would be a big deal for a fantasy universe if it was reliable. There are so many relatively mundane uses for something like a fire spell or a wind spell that it would change the setup of a culture. Technology is based on exploiting available resources in a reliable and effective way, and magic is, essentially, a new resource. Of course, many settings don't bother to show the "resource" aspect of medieval life, except in the sense that, for example, there are smiths and people buy swords from them. The intricacies and time investment of making a sword is overlooked in favor of a "new weapon every level or two" mindset so that there can be constant improvement.

Medieval technology is not an enforced aesthetic choice, it's an attempt to use what works. In contrast, fantasy often has knights and armor for their own sake, rather than "because they make sense". Can you imagine an actual smith in the universe of World of Warcraft, Record of Lodoss War, or Fire Emblem? There's such a difference between "metal" and "whatever faux-plastic cartoon armor is made of" that it's difficult to even imagine connecting the two. Yet those settings still have blacksmiths, because it's an expected fantasy concept. It becomes an issue of drama when people are forced to either (a) use "natural" abilities that aren't representative of normal humans or (b) use weapons that are inferior to magic in every way.

This can be balanced out if there is a reason not everyone uses magic. In the Warhammer and 40k universes, magic can have critical backlashes and summon demons, and thus is not trusted by the majority of people - hence there is more reliance on technology, with magic kept on the sidelines as an oddity. If magic is clean and reliable, there's no reason not to incorporate it into the world's technological systems. If it's questionably safe or overtly hazardous, there is. 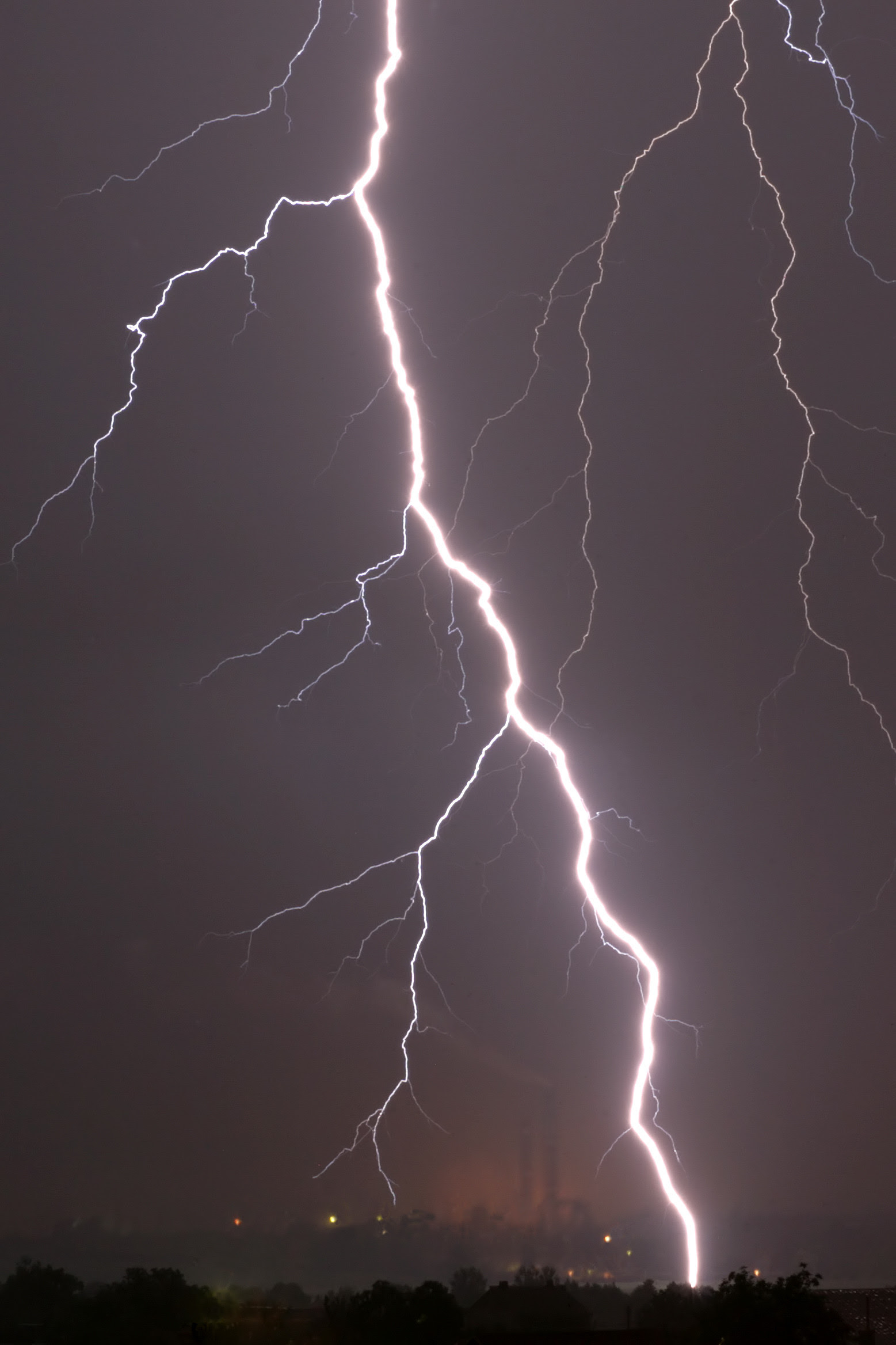 Spell Effects
It's true that spellcasting is, by definition, unrealistic. It operates on its own set of rules. It generates something from nothing. It messes up a lot of physical laws in ways that aren't immediately visible (semi-permanent changes in the environment and so on). However, one thing about most magic is that it exists in an understandable state, such as fire, water, lightning, rock, and so on. Unfortunately, this can be abstracted to an almost meaningless level due to poor or unrealistic representations of it.

For example, would you ever connect fire in a video game to a real fire in terms of "being hot" and "burning things"? A character can be set on fire, but it's just a flickering orange aura that doesn't affect their character model at all. Lightning consists of big, cartoonish bolts and don't convey the actual power and effect of lightning. Even something as simple as an earth-based spell tends to throw a clod of dirt, rather than a convincingly heavy stone. It's stuff that audiences and players are used to, because those elements are common and poorly represented in so many games. It's fine for a mage to hold a fireball in their hand and throw it because the audience/player can't see the heat, and as such the heat doesn't exist. When it explodes, it does damage, and that's it.

This is true in non-magic situations, as well. Compare the damage done by a flamethrower in Far Cry 2 (one of the only games with actual spreading fire effects) to a flamethrower in real life. The former feels more like a set of effects, rather than actual heat and fire. You're just spraying a fire effect, things don't react to it like they would to an actual flamethrower. Obviously the limitations of technology have a lot to do with this, but even when it comes to peoples' imaginations, those representations are going to affect their perceptions. It's more of a concern for spells because unlike a flamethrower there's no way to see a "real" spell.

Despite their failings, at least things like fireball and lightning bolt are appealing to an existing concept. Spells like magic missile that do "arcane" damage are even more difficult to connect to. In some situations, a magic missile does "force" damage, which is at least connectable to an impact of some kind, but what is the audience supposed to make of "arcane" damage? In-game, of course, it's perfectly serviceable, because all you need to know about it is how it applies to the other numbers in the game. In-universe, though, it's difficult to get a sensory understanding of what just happened.

Basically, a spell does something - it burns, it freezes, it shocks, it melts, and so on. Connecting the fictional and abstract concept of a spell to a tangible feeling like heat or cold can make it more intense and immersive for the audience or the player. Underplaying these concepts may be a necessity of the medium at times, but repairing those concepts would do a lot of good in terms of tangibility, especially when it comes to how audiences understand and imagine those things in other venues. 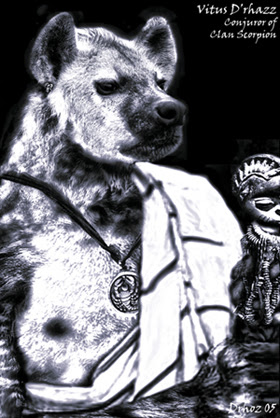 Monsters
Monsters are a questionable element in fantasy because they're not biologically sound. Generally, a fantasy/mythological monster is either "some animals mashed together" (Chimera, Manticore, Pegasus), "an animal that's weird and different" (Unicorn, Cerberus), or "an animal crossed with a human" (Minotaur, Mermaid, or any of the countless animal-themed races found in fantasy RPGs).

One reason that animals show up a lot in mythology is that they're conceptually familiar. It's the kind of term that can be used to verbally describe an unknown concept - it's been suggested, for example, that a unicorn is based on descriptions of rhinoceroses as being essentially "a horse with a horn". Animals provide a baseline that can be understood and connected to already-known things. They also provide a ready-made design - just throw a bull's head onto a human, bam, you've got yourself a monster. Even Cthulhu, a beacon of interstellar incomprehensibility, was basically described as being "squid-faced", and that's the part that people remember.

Even with less directly "realistic" monsters, there are still a lot of sensory elements that can be used to make them feel more tangible. A monster's skin can be slimy, leathery, scaly, or coarse; their breath can be foul, fetid, rotting, or noxious; their roar can be piercing, deafening, or rumbling. The use of such adjectives connects the fictional construct of "a monster" to real, understandable concepts and allows them to aggregate together to form a larger whole. The more the description and art can convey those senses, the more "real" the monster will feel. The monster itself doesn't need to be realistic - that's not what we're concerned about right now - but it should feel tangible and comprehensible.

Basically, any given monster - from a troll to an ogre to a gelatinous cube to a beholder - is made up of recognizable parts. In some cases it might be a bit of a stretch to connect the "real-life" equivalent to the monster, but it's still helpful to have a point of reference. Making use of real descriptors can overcome the barriers between having a monster who exists only as fantasy and a monster that feels a lot more "real" to the player. It allows the player to bring their real-life experience to bear when trying to comprehend a largely unrealistic world.

Conclusion
What fantasy treats as "magic" isn't really that abstract. It's generally a reliable, observable phenomenon due to the mechanics and rules of the game system. If you combine elements x, y, and z, you can throw a fireball. In addition, what magic actually does is generally based on real things, whether it's freezing someone or creating a gust of wind or making someone stronger. Magic is based on concepts that exist in real life, and by leveraging that general fact sensory elements like touch and smell can be reinforced.

When people say "it's fantasy, it doesn't need to be realistic", they're undermining the senses that cannot be portrayed. A cartoon has no smell, a film has no taste, a game has no touch (at least not yet). Even these fantastic elements, though, can be easily connected to real-life things through these simple methods, and this will give the audience and the players a greater appreciation for what's being shown. This should aid in their immersion and their suspension of disbelief.

So, To Sum Up:
1) If magic is reliable, then it's a resource or tool just like any other part of the environment, and should be used as such. If people aren't using it that way, there should be some explanation of why that is.
2) Spells generally try to simulate some real, understandable concept even if they do so in an abstract or "unrealistic" fashion. By evoking the intended reaction or material, the spell's effect can be made more impressive and tangible based on the audience's understanding of it in real life.
3) Monsters are almost inherently unrealistic, but by taking aspects and concepts used in real animals, a connection to the monster's sensory nature can be created.
Posted by J. Shea at 9:42 PM