Battletech is a franchise that began as a hilariously complex tabletop wargame, expanded into novels and technical manuals, and eventually found more mainstream purpose in videogames like "Mechwarrior" and "Mechcommander". Despite years of financial difficulties, bankruptcy, and legal troubles, Battletech continues to exist today in the form of Mechwarrior Online and the recently funded Battletech video game (EDIT: the tabletop game and novel series are also still in active publication).

I grew up with Battletech, and it's one of the few nostalgic properties that I'm still genuinely fond of. However, I discovered over time that there were some strange aspects of the series that would vary wildly depending on the author or developer of the work in question, and that's what I intend to write about now.

Battletech takes place in the 31st century. Humanity has spread across the stars, originally as the unified "Star League", but now as the divided "Inner Sphere". The many planets of the Inner Sphere are controlled by neo-feudal aristocracy. Unifying these disparate states is ComStar, an entity responsible for operating the technology that allows communication and transport between worlds. The Inner Sphere is rife with combat between noble houses, but its combat is of a very controlled and deliberate form. The rules of war are set by the Ares Conventions, which prohibits combat in civilian areas and defines codes of conduct for combat, but also establishes armed combat as a reasonable and justified method of settling political issues. In short, it is not "war" as it exists in our modern era, but closer to the wars of 18th century Europe - the "Kabinettskriege" fought by small numbers of professional soldiers as part of an endemic system of territory control.

On the edge of the Inner Sphere are the Clans - the remnants of the old Star League, now a genetically modified and strictly organized fighting force. Like the Inner Sphere, they operate within a very strict code of honor called zellbrigen. While the Ares Conventions were designed around minimizing collateral damage, zellbrigen is more about honorable combat and martial decorum, but they functionally serve the same purpose: war is a controlled event subject to many rules and regulations. It is not "total war", but a political struggle waged by professionals in set arenas.

I mention this because, while it makes sense and is essentially the only justification for "big stompy mech fighting", it's a thing that's almost buried in most of the games and books.

Most Battletech material presents itself as a fairly traditional sci-fi war. The invasion of the Clans, especially, was treated as this big alien threat instead of a relatively benign regime change. The reason for this is that it's hard to get invested in what is essentially a minor political struggle, and much easier to get invested in a hard-fought war for survival. Yet this approach drastically changes the nature of the setting and the way things are within it.

In "proper" Battletech, nobody needs to give a shit about combat except for the government and the soldiers it employs. Sure, some people might be loyal to a given government, but in reality, it's a feudal system that's entirely out of their hands. We're not talking about representative democracies and ideological battles, here, we're talking about two groups of nobles squabbling over land.

Part of this is an issue of scale. In Battletech, each successor state has a population in the hundreds of trillions, spread over hundreds of worlds. However, the number of combat regiments is far smaller - only a few thousand for that entire area. This works perfectly fine in the "political fighting" system, but not at all in the "war for survival" system.

The concept of "mechs" also makes more sense in the former category. Mechs are a great way for noble pilots to distinguish themselves from the masses, in a very showy, theatrical form of combat. However, as instruments of war, they're honestly pretty silly. In a setting that includes nuclear weapons and orbital bombardments, it's kind of ridiculous to drop a skyscraper-sized robot onto a battlefield and expect it to accomplish anything. As a fighting machine they're fine - as a war machine, they're goofy as hell.

(I will note here, though, that the mechs in Battletech were one of the first significant advances for "real robots" in the West - that is to say, robots that essentially functioned as combat vehicles, with believable limitations and technical specifications. Take that for what it's worth.)

I'll interrupt here with a history lesson. I've already mentioned the "Cabinet Wars" of the European Early Modern Era. However, this tradition of professional soldiers extends even earlier. In the Battle of Crecy, 1346, the English king's army of roughly 10,000 fought the French king's army of roughly 30,000. At the time, the population of England was roughly 3 million, and the population of France was roughly 17 million. In short, the two royal armies battling at Crecy were barely a fraction of the total population - they were groups of professionals engaging for political purposes.

In 1793, the French Republic instituted the concept of Levee en Masse. This was due to their desperate political and tactical situation; for the sake of their new government, it became every citizen's duty to defend France. This decision changed the face of warfare; in response to the increased size of France's armies, its enemies began instituting similar policies. By the time the First World War rolled around, wars involved millions of combatants on both sides, taking up a massive chunk of each country's total population. As such, wars caused massive amounts of damage to their participants, win or lose. Civilian populations were inevitably dragged in by conscription or occupation, and the scope of war was irrevocably changed.

This, in essence, is the difference between the two ways Battletech depicts combat. As a controlled political exercise, the setting makes sense. As a "total war", which is more dramatic, it falls apart. Yet because of the need for that drama, many works within the setting - from action games to tactical games to cartoons - set themselves up as good-vs-evil battles for survival. And, as a result, that's the attitude that ends up defining the setting. So why does that matter?

The thing is, as it's written, Battletech is essentially a controlled, ritualized form of combat. There are rules for surrender. There are rules for wounded enemies. There are rules for peaceful retreat. There is a level of respect for one's enemies, even if it's tempered with animosity or contempt. There's rules. And those rules exist because, ultimately, the wars aren't that important. Like the Cabinet Wars, wars in Battletech exist for the benefit of, and concern of, the ruling class, and the honor of the warrior caste.

As mentioned, the "total war" angle sets up the concept of good vs evil. The problem is that "good" in this setting is a despotic, aristocratic society engaged in constant intrigue and violence, and "evil" is an outsider society that's morally on the same level. The entire point of Battletech is that every major faction is equally petty and shallow, and they spend billions of dollars on giant war machines for the sake of their own politics. It totally changes everything about the setting to present it as a traditional "war narrative". And it changes Battletech from a dignified bout between combatants to a brutal fight for survival.

As I mentioned earlier, I grew up with Battletech, and it was a big influence on me growing up. One aspect of it that doesn't often get mentioned is that it's pretty egalitarian in a period where that's not always guaranteed. A broad array of races and creeds are spread across the stars, and "old world" religions like Islam, Buddhism, and Hinduism still thrive in the cosmos. Pretty much any ethnic group can fit into the setting reasonably well, and non-white characters were common in the lore. 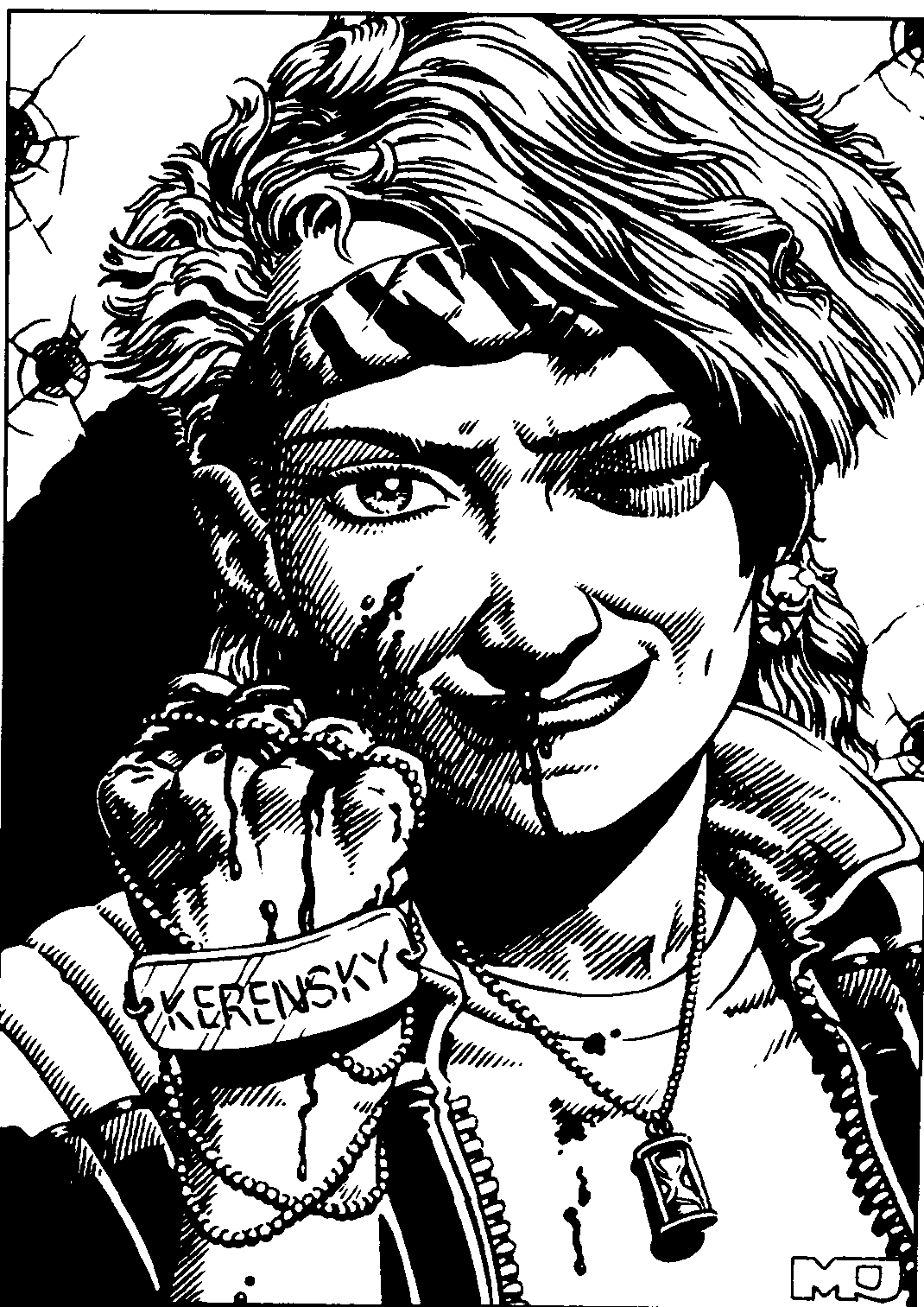 While there is the occasional cheesecake, female mechwarriors are usually depicted as tough, muscular, and capable, and the setting's most famous and skilled pilot is a woman, as well. Women from the Clans are depicted as being just as massive as their male counterparts (being genetically bred entirely for that purpose). Alongside works like Aliens, it was always baffling to me how well 80s sci-fi had established a relatively broad spectrum of characters, and how that seemed to get dialed back in the following years.

It's one of those things where it's just baffling to me that the core concept of "taking women seriously as combatants" is such a divisive concept even today. Fantasy has always been fraught with "sexy armor" and "Europe only" designs, but it seemed like, in most cases, sci-fi stuff had that shit figured out pretty well. Between Aliens, Battletech, and classic Metroid, sci-fi was doing all right for itself. So the idea that including women and minorities in games would be considered "controversial" in 2015 would have blown my mind as a kid.

Anyways, here's the takeaway: Battletech is at its best when it's an egalitarian-but-feudal universe characterized by honorable, ritualistic combat between tactically ridiculous walking robots. And really, that's distinct enough to call it a niche, isn't it?
Posted by J. Shea at 12:19 AM 13 comments: