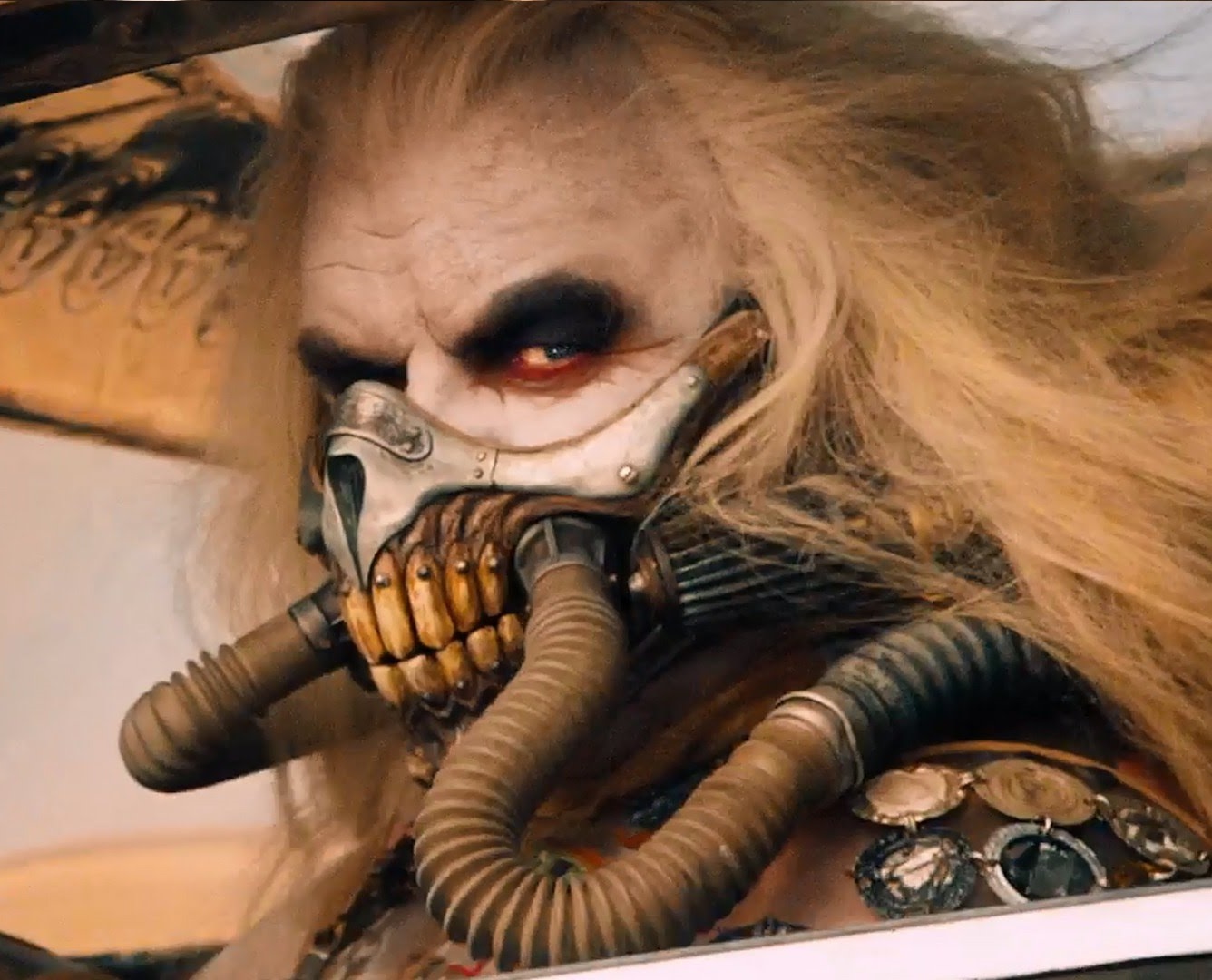 "Immortan", Or, The Nature Of Toxicity

"Mad Max" is a series set in a post-apocalyptic Australia. Without resources or civilization, the surviving population devolves into a crude, tribal state. New religions and cultures arise as the children of the survivors forget more and more of the world that came before them. The vacuum of power means that the strong overpower the weak and etch their own will upon the barren remnants of the world.

Which is to say, despite the common presence of "masculine" enemies, Mad Max is a series built on masculinity. Allow me to explain using examples from the series: in Mad Max: Fury Road, the warlord "Immortan Joe" has revitalized the ancient concept of "Valhalla". He promises that any of his followers ("War Boys") who die in glorious combat will ascend to the afterlife and be rewarded for eternity. Which is to say, Immortan Joe's entire religion is built on the core concept that fighting is awesome. By contrast, his enemies (such as Max and Furiosa) are trying to escape his hellish world by any means necessary.

But here's the weird thing about Mad Max, right? Max is a "survivor". But he doesn't ever take refuge, yeah? He keeps wandering. During the course of the movies themselves he's on the run, doing whatever it takes to survive. He usually starts the movie with some level of moral ambiguity, willling to do bad things in order to stay alive and to escape the current situation. Inevitably he then finds himself personally invested in the struggle, and he works with his new allies to overthrow the big bad warlord and allow a new, peaceful world to arise.

And then he leaves.

Mad Max is a survivor first and foremost. Which is why he keeps leaving his safe refuge and his grateful comrades. Because he has to end up in another situation where he's desperate to survive but then becomes morally invested. Because there has to be violence.

As a series, Mad Max condemns patriarchal warlords like Humungus or Immortan Joe. Yet the series is built on those same values - you root for Max because he's strong and capable. He's alpha. Yes, he's eventually more moral than his opponents, but he's not smart or charismatic or capable. He's a snarling, mangy dog backed into a corner. He's a killer.

Max is a War Boy. You, the audience, are War Boys. You're just here for the fight. 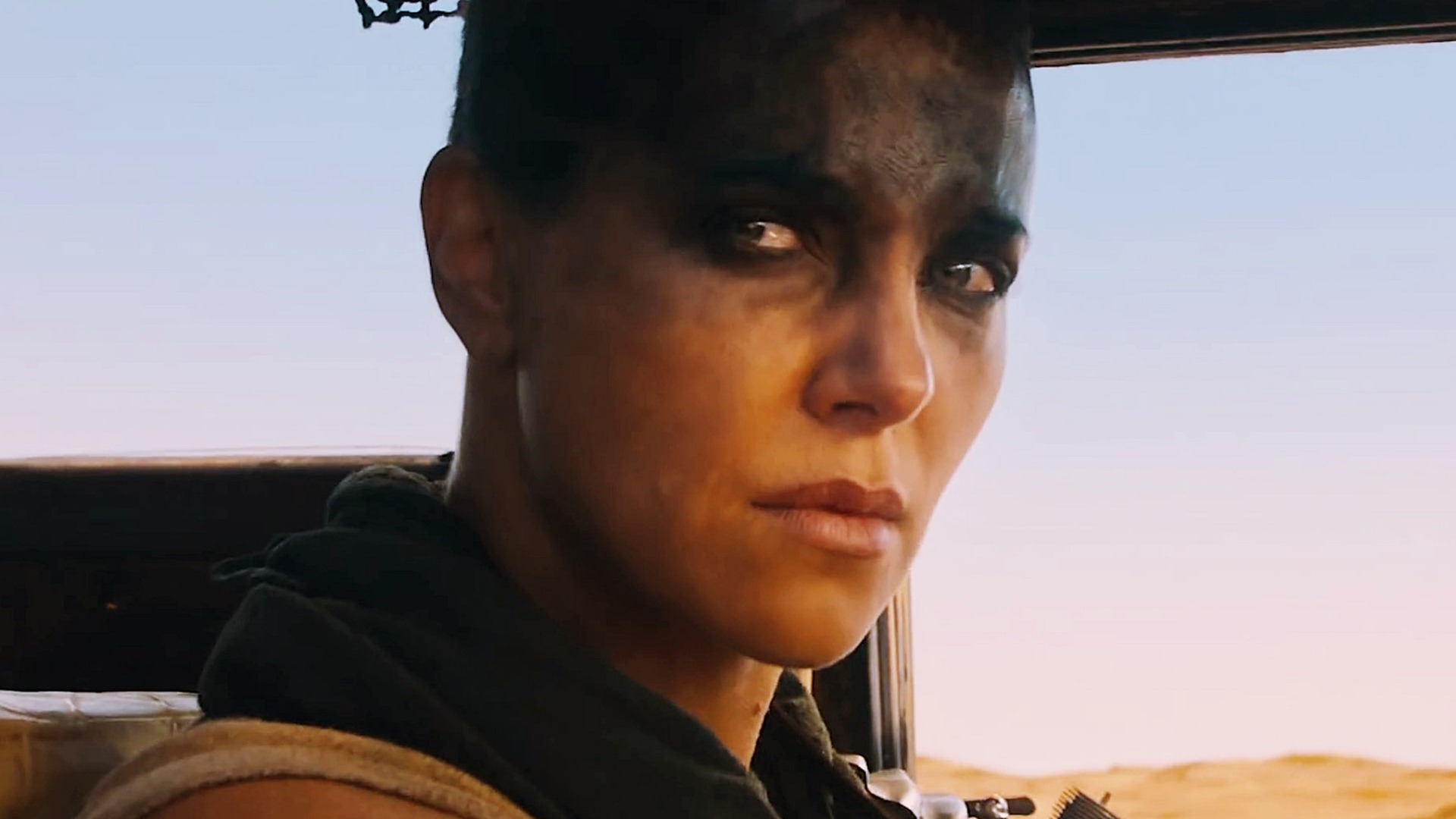 "Furiosa", Or, The Nature Of Virtue

Once we've defined evil, how do we define good? Well, we can't look at Max, because he's a lunatic ("Mad", if you will). So we look at Max's allies. Most of Max's allies are trying to make their way in a world gone crazy ("Mad", if you will). They're trying to eke out an existence in a hostile wasteland in a way that Max will absolutely never do. Unlike Max, they have an end goal: peaceful existence.

It's telling, then, that as soon as peaceful existence happens, the story ends. Max leaves. Max doesn't give a shit about peaceful existence, buddy. This is a common trope in movies and games, of course - most plots are centered around conflict, and so when the conflict is over, the audience stops caring. See my earlier point re: "you are War Boys".

A lot of people watched Fury Road and sympathized a lot more with Furiosa, the wives, and the Vuvalini than with Max himself. Max's reasons for being there are loose and weird, whereas everyone else has a clear goal to strive for. They feel capable of winning or losing. But there we run into the irony of the post-apocalyptic world: we want to be there, and they want to be here. None of those characters want to be involved in a highly lethal car chase with explosions and shit. None of them want that. They want to be somewhere safe, with lots of food and water and leisure time. They want your life.

Mad Max is an action movie, though. It's not survival horror. It's a movie about how badass explosions are, even if the characters you sympathize with don't like them. You want them to suffer so you can get a visceral thrill from it. Once again, you are the War Boy. You are here for adrenaline and blood and death. You are here because it is fun to kill and die. WITNESS YOURSELVES.

"Nux", Or, The Nature Of Mercy

Let's get this out there: Fury Road is an unapologetic death movie. It is a movie about cars exploding, people dying in gouts of flame and shrapnel-laden vehicle wrecks. Despite certain parts of its story beats it is first and foremost a movie designed to make the audience feel good about people dying - specifically, raiders dying. It's the traditional trope of "perma-hostiles" who cannot be reasoned with, intimidated, or forced to flee. There's more attempt at explaining it than usual (the War Boys are religious, as opposed to the usual bandit motivation) but it still boils down to the same motivation as an orc in D&D or a thug in Batman. They exist to charge at the hero until the hero kills them.

Nux is a luckless War Boy whose failures eventually leave him despondent and hopeless, at which point he joins the "good guys". He is a classic example of a mook-face turn - an individual enemy displaying humanity and joining the "right side", usually because the good guys show kindness and the bad guys do not. However, Nux's "setup" is relatively forced.

There is a scene where Nux sneaks aboard the war rig attempting to capture Furiosa and the five wives. During this scene, Furiosa is ready to kill Nux, but the wives intervene, stating that they "agreed upon" not shedding any blood unnecessarily. There is a justified reason for this: the wives give birth to children who will be raised as War Boys, and in a way, the existing War Boys are spiritual children of the wives. The wives are trying to keep themselves and their children away from bloodshed, and thus it makes sense for them to not want to kill people they see as misguided children.

But only Nux receives that treatment. Only Nux is given that chance. And, of course, he repays them for their mercy by eventually becoming useful and vital to their plans. But he's the only one who receives any mercy. Why is this? Well, to start, Nux's redemption is a "morality moment". It makes the audience feel like they're good guys because this one guy turned his life around. But obviously we can't slow the movie down with that shit every time so the rest of the War Boys get exploded and impaled and shot and stabbed. Hell yeah. Hell yeah. There's so many pale, tumor-ridden cancer victims in Valhalla tonight. It's amazing.

Here's the thing: there's a lot of misogynists who were upset about Fury Road's female characters, and about Max's reduced role. But why would they like the series in the first place, you may ask. "Patriarchal masculinity" has always been a bad thing in Mad Max. There's always been strong female characters. None of this was new in Fury Road. So why did people who were okay with Mad Max this whole time suddenly object to this slightly more overt stuff?

Man, it's almost like Mad Max appeals to masculinity, isn't it? Like its focus on glorifying death and carnage and strong, decisive characters would plug directly into an alpha-bro's brain stem and give him the adrenaline rush he craves? Weird.

Oh, right, and they also drive around in a billion cars despite the world suffering from a gas shortage. That's dumb, guys. You're not thinking that one through.
Posted by J. Shea at 6:10 PM 26 comments: