In any medium that attempts to depict "reality", there will inevitably be complications and restrictions. The nature of sets and stages and game graphics simply won't allow for the imitation to match the reality. This has been noted as far back as Shakespeare:


Piece out our imperfections with your thoughts.
Into a thousand parts divide one man,
And make imaginary puissance.
Think, when we talk of horses, that you see them
Printing their proud hoofs i' th' receiving earth
- Henry V

However, for games in particular, there's a recent trend to try to justify or explain the "unrealistic" elements. This includes graphical limitations, heads-up displays, and story linearity. The problem arises when the justification falls apart, usually when a segment of the game is shown outside of the framing device that makes it like a game in the first place. Some examples of this include:

SPOILER WARNING AHEAD, PLEASE BE ADVISED

Assassin's Creed: The entire Animus system. Everything "game-like" about Assassin's Creed is attributed to it, including (in the first game) the inability to swim. Even the protagonist's recuperative abilities are stated as being a part of it. But then, in every game there's at least one part where you play as Desmond, the guy who's supposed to be in the animus to begin with, and he often has to jump around and do stunts and so on as well. A problem arises because of the fact that Desmond is immune to falling damage, period. Furthermore, the camera remains in third person even as Desmond, even though the game treats it like it's part of the Animus.

Bioshock: Everyone who's beaten the first Bioshock game probably remembers three little words: "Would You Kindly". With these words, the Bioshock team tried to justify every little bit of linearity, railroading, and shoehorning that had occurred up to that point. You had no choice but to come here! You were under mind control all along! This collapses for two reasons. Firstly, you're not "forced" to go there - you're given a reason, albeit a fake one. It turns out later that the "mind control" skips the suggestion aspect and just forces you to do stuff, so there should really be no reason for this. Secondly, there's a part where your mind control is deactivated, and - not surprisingly - the game is still linear and forces you to do stuff to proceed.

Halo: ODST: In every other Halo game, the player takes the role of a Spartan - a super-strong, super-fast armored warrior with regenerating shields. This explains pretty much every single thing that you can do in-game. In ODST, you take the role of a normal marine. The only thing you become "incapable" of is the ability to dual-wield. You can still regenerate your health, flip over vehicles, punch through tanks, and basically gung-ho your way past hundreds of enemies. One wonders why all the other marines aren't this effective.

Haze: All the "standard FPS conventions" - bodies disappearing, regenerating health, and so on - are justified in-universe by "Nectar", the super-drug that the evil corporation uses to keep their soldiers under control. Later on, you leave the corporation and join the rebels, and now you have to fight the corporation without your drug-induced super-state. Naturally, of course, everything is the same: bodies fade, health regenerates, and you mow down hundreds of super-soldiers who have naturally been de-powered to a state where you can easily kill them.

Metroid: Other M: Tired of "Samus falls down and loses all her powers", Metroid: Other M introduces a new, exciting mechanic to explain why Samus doesn't start out fully powered. That, of course, is "a guy comes along who's not really in charge of her and he holds back all her powers". The only restriction that's justified in-game is "you can't use power bombs because you might blow the station up", which (a) doesn't cover all the other stuff that's restricted, and (b) turns out to not even be true. Also, while we're at it, there's clearly a train of thought that went something like this: "Picking up health and missiles from destroyed enemies is pretty silly; we should include a better mechanic to replace it. I know, what if she concentrates really hard to regain missiles?"

The Matrix Reloaded: This obviously isn't a game, but Neo's "the One" inside the Matrix, and then he leaves the Matrix and blows up some Sentinels with his mind. Some people have used this to illustrate the idea that even Zion was part of the Matrix, which kind of makes sense but is also a bit eye-rolling if you actually care about what happens in the story (because eventually you could just point out that it's all a movie and they're all actors so nothing has to be realistic anyways).

Three Hundred: Another movie example. The unrealistic aspects of the movie (half-naked Spartans, totally evil Persians, a giant monster executioner with giant knives for hands) are often justified as being an unreliable narrator (as the last surviving member of the 300 relates the story to the other Spartans). Of course, we get to see the scenes where he relates the story to them, and everything looks the same. The movie even finishes with the half-naked Spartans running full tilt at the Persian lines, so unless the same guy is narrating that part to a different group of (presumably well-armored) Spartans in some future battle, it doesn't make a whole lot of sense.

What, exactly, does this do to a narrative? Internal consistency and logic is pretty important - at least, it's important enough that they bothered coming up with these justifications in the first place. If they didn't care, they could just go "it doesn't matter" and move on. This is why these justifications are worse than simply not justifying it at all: it's an attempt to subscribe to some sort of logic, but then it doesn't really care about following up on it. It calls attention to the unrealistic nature of the game, but then rather than either fixing it or working around those limitations it just sort of leaves it there.

In most of these cases, the explanation isn't even really necessary - the player would just as easily accept Assassin's Creed without the Animus, because it would be a game. Players are used to accepting the need for a HUD to convey information that can't be conveyed through smell, touch, taste, and so on. The explanation becomes an awkward attempt to apologize for the unrealistic elements, but it's simultaneously just as bad while also being distracting (and in the case of Assassin's Creed, it sets up a lot of really unnecessary "modern day" stuff that detracts from the immediate game experience). The player doesn't usually care as long as it's internally consistent. Metal Gear is a major offender in terms of internal consistency: Every MGS game sets up the fact that magic exists in the MGS universe, until MGS4 famously stated that all the "magic" happening in the game (at least, in MGS4) was a result of nanomachine manipulation that just happened to look, and act, like magic. Not only is this nonsensical, it's unnecessary: there was already an explanation, just go with it. 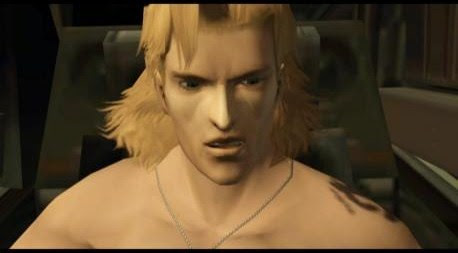 To use another Metal Gear example, there were a lot of people who complained about Liquid's totally nonsensical view of genetics in the first MGS game. Kojima later stated that Liquid was totally wrong, and both he and Solid were just normal clones. This might be a good first step: Kojima saw a problem and decided to correct it. However, this is a bucket of water out of the lake-sized pool of everything that's incorrect in Metal Gear Solid. Why does logic only rear its head this once? Even in the field of genetics, there's still stuff that's wrong in the series, so why did only that one minor issue get patched?

The long and short of it is this: if you're going to try to be rational and plausible, don't half-ass it. An audience is willing to suspend a great deal of disbelief. However, that needs to be kept consistent, because otherwise - here is the key issue - the audience can't actually follow along with what's happening. Scenarios like this point out how fake everything is, which leads the audience to lose their investment in it. It's hard to care about what happens in a universe when everything stated about it is falling apart. In games where some mitigating factor is making it "game-like", the failed justifications only serve to show how the other parts of the game are also parts of a game. In games where the universe is fantastic or magical, the attempt to appeal to realism is so simplistic and ineffective that it just makes the fantastic parts seem more ridiculous. 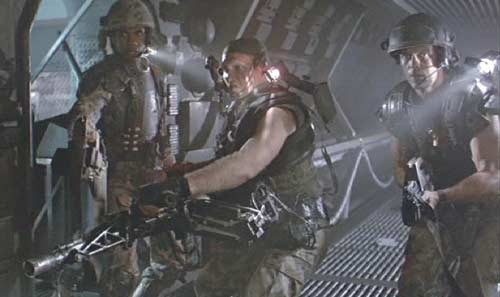 In a previous post, I noted that James Cameron's commentary on Aliens stated that the movie works because all the characters take it seriously. There's no winking references, no inappropriate comedy moments, and no comments on how fake the aliens look. What this accomplishes is a sense that these characters are actually in a dangerous situation, and the audience should care about them because the logic is kept tight enough to be immersive. Games follow a similar pattern: if you're going to justify it, then justify it, but make sure that you actually keep it justified. If you don't, all you're doing is calling attention to how fake everything is, and it's almost mocking the audience for getting connected or involved with the characters. The real answer for why everything in a game is game-like is this: because it's a game. You can't "undo" that, because the limitations on the story and graphics are there for a reason. Attempting to mask it only calls attention to the game's shortcomings when it's revealed.