Realism as a tool for agendas: a discussion of hypocrisy.

As you know if you've been following this blog for any length of time, I'm a fan of realism. Not only do I find it more aesthetically pleasing than less grounded graphical representations, I also know that it provides psychological benefits in terms of connecting to sensory experience and unconscious reactions. Realism helps people get into a work and suspend their disbelief more easily; it helps them bridge the gap between "this isn't real" and "what if this was real" more easily. Realism has many benefits and in most cases I cannot fault a product or work for attempting to adhere to it. 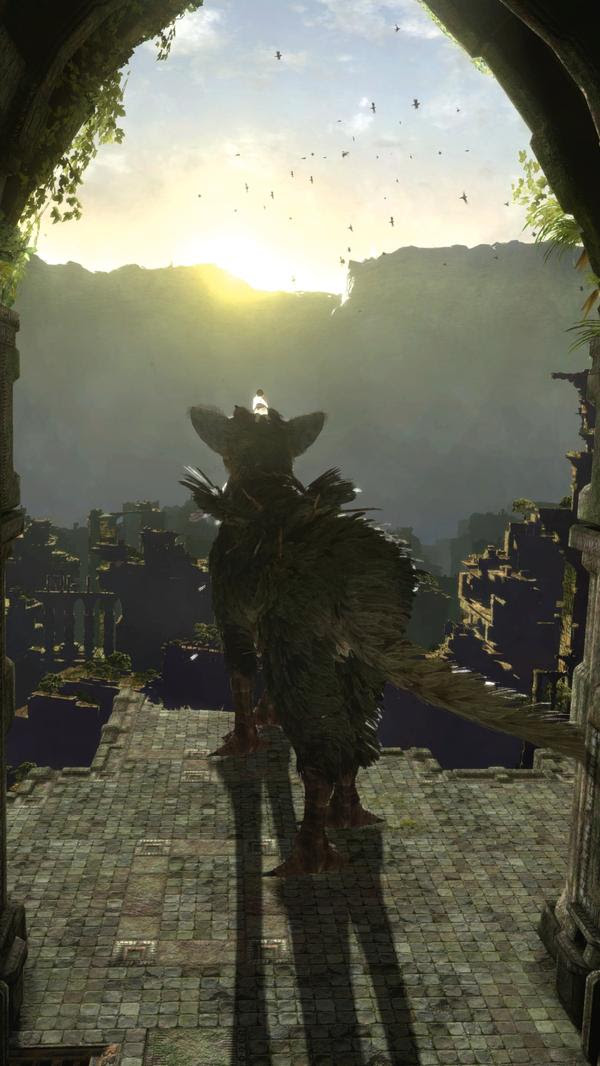 Let's talk about Team Ico's "The Last Guardian", for example.

"Crazy fun fact: The Last Guardian was originally supposed to have a small female lead, however Ueda felt the little girl wouldn't have as good of a grip as a boy to climb the massive Trico. He also mentioned that girls wear skirts..."

Team Ico is one of the most respected "artgame" names in the game industry. Its works are emotionally evocative and aesthetically challenging while still remaining conceptually very simple. It pains me, therefore, to have to raise criticism against them, and yet I absolutely feel obligated to do so: this is ridiculous. The idea that a girl having less stamina because "that's realistic" in a game like The Last Guardian is just so irrelevant to anything that the idea of it being considered as an actual reason for grown adults making a decision just boggles my mind. These people, who ostensibly take the game industry very seriously and take their games very seriously, came to the conclusion that "we can't have a female characters because girls are weak and puny and it would break the audience's suspension of disbelief to say otherwise".

I liked Shadow of the Colossus because, among other things, it was realistic in certain fields. The way your character moved, the way you had limited stamina with which to climb the titular creatures, and even the way your horse handled created a believable atmosphere and added more weight to the basic concept of "climb up creature, stab it in weak spot". If the climb had been effortless, there wouldn't be any real sense of struggling or tension, it would just be a puzzle game. Those realistic elements helped convey how difficult the battle was meant to be for the protagonist while still being a detached, electronic medium. But SotC wasn't totally realistic by any stretch of the imagination. There's no explanation for, say, why the protagonist is so durable: he can get smashed by a club fifty times his size or fall off a giant the size of a skyscraper and, in many cases, shrug it off. He's got also got infinite arrows, if we're going to nitpick. So SotC is realistic in some fields, and unrealistic in others. That's fine. 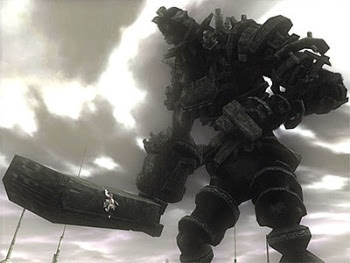 The problem with Ueda's explanation regarding The Last Guardian is that while realism has benefits, you can't justify it's usage out of thin air. You either have to have it all the time, and thus make it totally consistent as a package, or you have to connect it to some benefit that its use provides. In SotC "realism" exists to make the climb more exhilarating, more emotionally charged and more difficult for the player. It's not absolutely realistic by any means, but the ways in which is is realistic exist for a reason. Games like Demon's Souls are the same way - the realistic parts are there for a reason, and the reason is a combination of aesthetic value and fantasy scaling (grounded base elements make outlandish fantasy elements feel more important). Realism is rarely put into place for its own sake, it's there to do something. It's a tool used by artists to create an effect.

It's difficult to assess this based on the short response Ueda gave, but I can see two potential reasons for what he means when he says that "the little girl wouldn't have had as good of a grip as a boy" in regards to The Last Guardian. The first possibility is that he thinks the audience wouldn't accept it: their suspension of disbelief would break if this little girl was able to climb onto an animal, but wouldn't if it was a little boy. Personally, I don't think people care; I mean, maybe that's just me, but when I'm watching a giant cat griffin or whatever with a little girl on its back, I'm not going to focus on the little girl.

The second possibility is...well, it's sexism, to put it bluntly. I can't even say that it's simply adherence to realism, because there are other things inherent in the gameplay construct that aren't realistic. And I don't mean "there's magic" or "there's a giant animal" or "it's a fantasy world", because those are things that can behave "realistically", or at least "consistently", based on the rules established by the setting. No, I mean things like health, resilience, and so on, which are intentionally kept unrealistic. I haven't really seen enough of the game to make this judgment, because it's not out yet, but going by previous Team Ico games "absolute realism" is not their concern.

I think the reason Ueda says he cares about realism regarding this particular case is because some people will accept realism as an end in and of itself. The benefits provided by realism are fairly well established (albeit often misunderstood) so when realism is offered as an explanation, sometimes that's enough. It's why Harry Plinkett's analysis of the Star Wars prequels is founded largely in things being unrealistic: they feel floaty, fake, and artificial. Those are things that turn people off. When a person says they're doing something to be "realistic", it's assumed they're trying to engage the parts of your brain that respond well to realistic content. Realism, by itself, is generally a good thing. 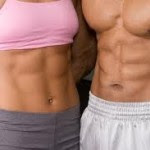 This, unfortunately, means that realism can be a good cover for misogyny. Nature, as it happens, is unfair: it's an objective fact that men build muscle easier than women, and there's no getting around it (though it's actually not as big a gap as many people assume). Women can be muscular, yes, but it takes more work than it takes for men. Nature did not build us equally. The choice to represent that in a game is almost always unnecessary unless you're playing an incredibly detailed and incredibly realistic game that also takes every other facet of reality into account. Again, realism is a tool, and it is applied to areas where it can provide a benefit. When games like FATAL throw out exaggerated versions of this inequality by giving huge penalties in strength to female characters, it's quite obvious a cover for misogyny, not an attempt to evoke the benefits that realism provides. It's so selective, and so surrounded by non-realism, that it cannot be a legitimate adherence to reality.

I don't know Ueda. I can't judge him based on a two-sentence answer. Hell, maybe it's not even him alone, maybe it's an entire committee or design team that's the problem. But it basically sounds like he's a misogynist, even if it's on a very minor level. His belief that "girls don't have enough stamina to be effective" overrides the other things that he's willing to let slide in realism terms, and that's not okay. He could just say "well, just like health or damage, let's just say we don't care about realism in this case", but he didn't. Why didn't he? Because he didn't want to. He had his own reason for not wanting a female character, and I'm not privy to that reason is. The reason, let me assure you, is not "realism" or its benefits.

There's nothing wrong with unrealistic stuff - you're not going to get the benefits of realism, but it allows for greater artistic expression sometimes. Divergence from realism, however, puts control in the artist's hands, and thus lays the blame at the artist's feet. When you can't count on "realism" as an answer (i.e. "it's the premade system's fault, it's not like I made reality or anything!"), all you're left with is "it's that way because the creator wanted it that way". There isn't a female protagonist in The Last Guardian because the developers didn't want a female protagonist. End of sentence. In fact, if they'd never considered it at all, it wouldn't have been that bad. It would have just been assumed that the role was designed for a male character and it would have been justified by artistic choice. Bringing the possibility up in an interview specifically to provide bad reasons for why you didn't do it is basically the worst way this could have been handled, because it's hypocritical. You don't care about realism most of the time, but now you do. That's not okay.

Now me, I love realism. I'd like things to be realistic all the time. But realism can be abused, because it's a tool. People who don't care about realism can invoke it to give their subjective opinion greater appeal; take a character like Saber and you'll find people citing realism both to attack her ("she's wearing a dress on the battlefield and she's not wearing a helmet") and defend her ("she's wearing armor, armor doesn't have to be totally covering all the time"). Ultimately what it turns into is an attempt to back up opinions you'd hold anyways: "I like/don't like x, but let me cite realism to give my opinion some extra support".

Realism, though, is the means by which we represent utility. There is no utility without realism, or at least consistency, because "utility" by its very nature is a response to conditions. It's cold, you put on a warm coat, that's utility. You're in danger, you put on armor, that's utility. It's an attempt to accomplish something based on a consistent system, and "the system" that we use most often for reference is reality. If you don't care about reality most of the time, why do you start caring when a character wears a chainmail bikini or high heels? Because it bothers you for another reason - it offends your sensibilities, or it makes you feel objectified, or you dislike the aesthetic, or maybe you just dislike women wearing revealing clothing. It's not "realism", it's whatever other reason you have for disliking it. Realism is just there because people accept that as a reason. It has its benefits, but if you want to use "realism" or even "believability" as an argument, you have to understand what those benefits are.