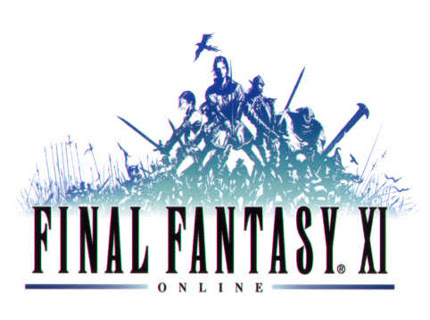 Also known as "Final Fantasy Online", FFXI is, in many ways, a standard MMO. It contains many of the concepts that can be found in other MMOs, such as a linear, static storyline and a reduced focus on "the individual". However, unlike a lot of other online games, FFXI has an undercurrent and a background that I really think could have used some development and focus. It's a game that, like Lost Planet, would do better with a wider range of games to explore the different facets of the setting.

The unfortunate fact about FFXI is that the things I'm about to discuss are largely irrelevant to the game itself. The need for an infinite swarm of players and monsters means that the political and historical setting of the game are irrelevant. Still, I feel that there is enough material to analyze it even if it is set apart from the game it's meant to represent. To that end, much of my information comes from supplemental material, rather than the game itself. In fact, I believe we'll discover that "the game itself" is restricting some otherwise believable content that exists only as lore. 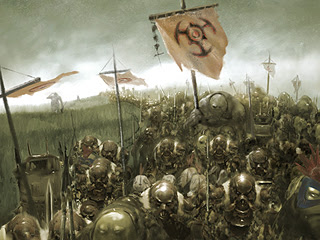 Setting
Final Fantasy XI takes place in the world of Vana'diel, which contains both the "races of light" and the Beastmen. The races of light are the player-character races - the standard Humes, the proud Elvaan, the burly Galka, the cat-like Mithra, and the petite, but magical, Tarutaru. The Beastmen are, by and large, also fairly standard for their role as "human-like antagonists", with the warrior Orcs, the crafty Goblins, the theocratic Yagudo, the hive-themed Antica, and so on.

Initially, this seems like a very cut-and-dry setup, with the "good" races united against the "evil" races. However, both groups are more than they seem. The races of light, for example, have only recently united, and in the past they were fractured and divisive, warring amongst themselves for national glory. It is only the uniting of the Beastmen against them in the Crystal War that led to their forced alliance. In addition, the races are hardly perfect, with the same amount of backstabbing, infighting, and personal flaws that you'd expect from real humans. The "Beastmen" are hardly pure evil, either. In the past, they interacted with the other races at roughly the same level - to an Elvaan, a Yagudo was no more "beast" than a Hume was. However, offenses committed by the "races of light" have led to these Beastmen to unite against them. For example, the turtle-like Quadav were a fairly isolationist race until the Humes and Galka aggressively mined into their territory. The Yagudo, similarly, believe the other races to be encroaching on ground they think is rightfully theirs.

It's the same with any historical alliance. In World War 2, you could say that you've got the "Allies" and the "Axis", each with their own member nations - or you could say that a bunch of independent nations came together for their own personal reasons and formed two major powers: the "Allies" and the "Axis". The former suggests that their group identity is more important than their individual cultures, and the latter suggests the opposite. The former is better for gameplay, because it creates two solid and unassailable factions that can war against each other, and the latter is better for a believable world, because it doesn't make sense for things to be so cleanly divided. It's a pure game construct to justify two wholly static sides. 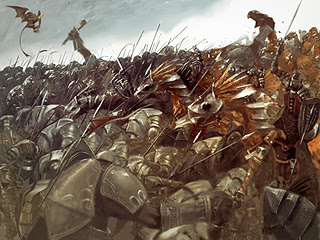 Background and History
The Crystal War is the defining conflict of FFXI's recent history, and as mentioned above it shapes the player's view of the conflict by making things very black and white. However, delving a bit further back into Vana'diel's history, there are a lot more "petty conflicts", or conflicts for purposes like greed and expansion rather than good and evil. Each race has had its own empires and its own wars, for whatever reason. This comes back to the black-and-white concepts described above: are these nations just there to be part of the "good versus evil" concept, or are they composed of individuals with their own desires and ambitions?

For example, Vana'diel's history has included:
- infighting among Aztec-themed Taru tribes in ages past.
- an alliance between Elvaan and Quadav to defeat Tarus and Mithras.
- Humes using superior weapons to soundly defeat the traditional Elvaan knights.
- a Taru version of Alexander the Great who was accused of insubordination and stripped of his rank.
- a Galkan captain who led raids both against other "civilized" nations as well as Beastmen and pirates.

This is the kind of stuff that never comes up; it's comparatively natural politics, with different motivations and cultures being involved. Compared to the "Good guys versus bad guys" main plot, it's far more intricate and believable. It's comparable to human history in that way. The whole "every race is its own solid empire" thing is a bit troubling, but there's at least hints of dissent that force cooperation and unity. Wars are fought over territory, over different belief systems, and over pure material wealth, but they're rarely fought for an enforced "right versus wrong" concept. Even the alliance of the "light" races is more comparable to the Holy League, with the Beastmen taking the role of the Ottoman Empire as foreign invaders from a different culture/religion. While the invaders are in the picture, everyone's united under their shared faith and belief, but you know as soon as that threat's gone they're going back to killing each other for selfish reasons.

Also, like Final Fantasy Tactics, the wars in FFXI are meant to be on a much larger, more conventional scale than the "adventurer" concepts established by the actual gameplay. Wars, at least as represented by background material, exist on a much more grounded level than combat in the game. One battle consisted of Hume musketeers holding a pass against Elvaan cavalry, which is grounded in logic that simply doesn't exist in the game. Things like "levels", "special abilities", and "stats" are not addressed in the same way that they are in gameplay. This is best represented by the game's opening movie, which is meant to be more like "real combat" than the gameplay is in terms of movement, strategy, and the amount of punishment an individual can take. This isn't reflected in gameplay, but if that movie reflected what was happening in gameplay it would look preposterous. In the same way, life for citizens in the game is not the same as life for player avatars - compare the description of Bastok and its economic/political situation to the infinite playground of the player character.

In short, from a historical perspective, FFXI wants to be believable and grounded - not, perhaps, "realistic", but fantasy is fantasy. In comparison, the game itself is bound by its own nature, relying on a lot of meta-concepts and additions that are simply not acknowledged by the world at large. Now, I'm being a bit unfair here, because things like "good and evil are not that simple" are technically brought up in the game, but the issue is that for gameplay reasons they're never important. The Beastmen, with the exception of some goblins, are always hostile, forever. This is because they need to serve as sources of experience and money for players. The background, in contrast, indicates that the situation is a lot more morally grey, leading to concepts like interaction and diplomacy that just don't fit in the confines of the gameplay.

Presentation
Weapons and armor in FFXI can range from fairly reasonable sets of cloth and mail to more unrealistic designs, whether in terms of material or in terms of...everything. It's hard to say where one ends and the other begins, so in general it's easier to say that FFXI's aesthetic is "vaguely realistic" and leave it at that. However, a lot of the more grounded designs, I feel, can be ascribed to Mitsuhiro Arita, who provides a lot of the artwork for the game's supplemental material. For example, this article from the Vana'diel Tribune establishes believable armor layers, including different parts, and generally suggests a much more believable design (in terms of materials and in terms of its sensibility) than is established in the game.

Mitsuhiro Arita also provides the illustrations for the Vana'diel Profiles, the historical biographies that provided a lot of the information I analyzed above, such as the pre-Crystal War stuff. The combination of writing and artistic style is what really sells them, for me - it feels more like a historical record than a JRPG plot. They operate on different rules: FFXI is power-hungry high fantasy, while the background material is much more grounded and connected to some sort of reality. Again, it's all the necessities of gameplay. Besides obvious things like graphical and content limitations, FFXI as a game has to deal with the fact that it's essentially a theme park. Players need to have unlimited, unhindered access to content, they need to advance in a very drastic and direct way, and they need to have things to kill so they can move up in the world.

Essentially, that is the issue. Final Fantasy XI has an interesting world, but that world cannot co-exist with the necessities of gameplay. Perhaps if it had been done as something else - a tabletop RPG, for example, or even a miniatures wargame - it would end up differently. Of course, the parallels with Warhammer Fantasy become more clear at this point, but while Warhammer had more grounded content as the majority of its material, with Warhammer Online being the exception, Final Fantasy XI has the opposite situation. In essence, the world that the game presents is defined by its gameplay.

This was also an issue with Final Fantasy Tactics, but in general I felt that FFT's squad-based approach and potential for perma-death made it at least a little less of a problem. In FFXI, the game's setup is so alien to its background material that they might as well be entirely different. Like FFT, the background material of the game relies heavily on the mundane, using simple, understandable historical events in addition to a larger backdrop of magic, gods, and demons. The problem for both is that the RPG gameplay does not correspond with a world where people behave, and are treated like, people.

So, To Sum Up:
1) Final Fantasy XI is a primary example of gameplay influencing and limiting story and interaction.
2) Its good ideas can be ascribed to things that exist outside the purview of the game's mechanics.
3) Its bad ideas can be connected to the necessities of MMO gameplay.
4) If it was set up in a different format that was less reliant on non-realism, it would be better able to explore its mundane elements and eschew its "grindy" elements.
Posted by J. Shea at 2:55 AM