At its core, Resident Evil is about individuals of varying capability put into dangerous situations involving mutated people and creatures. It is a series about surviving through adversity - not seeking out danger, but having danger thrust upon you. It's also generally bereft of the awkward tonal shifts of games like MGS - while there's some light comedic/absurd elements in the games, the story generally maintains a consistent tone, instead of whiplashing back and forth between "serious real-life talk" and "lol the poopy man pooped his pants". It's a B-Movie, sure, but a consistent B-Movie. It has a tone and it sticks with it. But that's not really the important part. 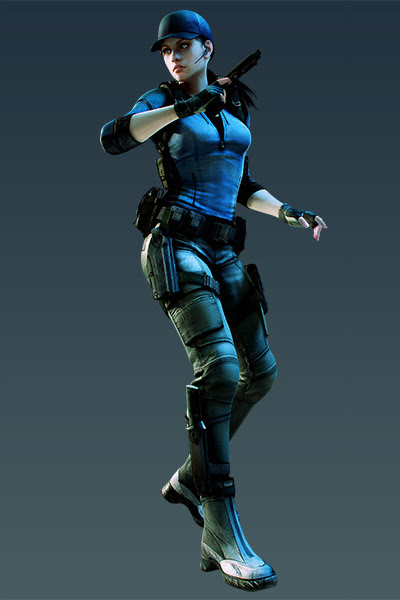 II. The thing about Resident Evil, right, is that there's basically two types of "bad game design", and by "bad game design" I'm talking in terms of dumb shit, or creepy shit, or dumb creepy shit, or dumb shit that was designed by creeps. Okay, so here's the thing, right: there are some games that are bad at their core, and there are some games that are conceptually okay, but have bad elements in them. And the reason that's important is because without that distinction it's basically impossible to criticize games in terms of their Creepiness or their Dumbness.

For example, there is no reality where Grand Theft Auto is an "okay" game. It is, at its core, a game by bad people, for bad people. The only reason to play GTA is because you think it's fun, and in order to do that, you're going to have to ignore (or embrace) all the stupid horrible shit that's part of it. GTA is like having a friend who's an asshole, but you think he's funny, so you hang out with him anyways, and then periodically you get upset about him being sexist or racist or transphobic or whatever. And it's like, look, the reason you hang out with this dude is because he's an asshole. Why are you suddenly surprised when he's an asshole in a different way? He is, at his core, a piece of human filth, and you're hanging out with him because most of the time you seem to be okay with human filth, and you think it's a fun thing to be around. And he's always yammering on about "celebrity culture" and "reality TV", like he's this big above-it-all counter-culture guy, even though his own brand of self-adulating indulgence is the best-selling game of all time, and thus defines culture. He's the most obnoxious, least self-aware human being in the entire world, and you hang out with him because you think he's fun to be around.

Resident Evil, on the other hand, is the opposite end of the scale. Resident Evil is a good "core concept" weighed down by a lot of ancillary bad decisions. If GTA can be characterized as an overtly obnoxious asshole who doesn't even try to be anything else, Resident Evil can be characterized as someone who is basically good, but makes a lot of mistakes (some of which aren't really his fault). Resident Evil is a guy who's aspiring to be better, but gets sidetracked by circumstance. It's a game that, in its own way, wants to be "feminist" - check out this quote from Shinji Mikami and try to tell me that GamerGate wouldn't rip him apart as an evil SJW or whatever:

"I don't know if I've put more emphasis on women characters, but when I do introduce them, it is never as objects. In some games, they will be peripheral characters with ridiculous breast physics. I avoid that sort of obvious eroticism. I also don't like female characters who are submissive to male characters, or to the situation they're in. I won't portray women in that way. I write women characters who discover their interdependence as the game progresses, or who already know they are independent but have that tested against a series of challenges." 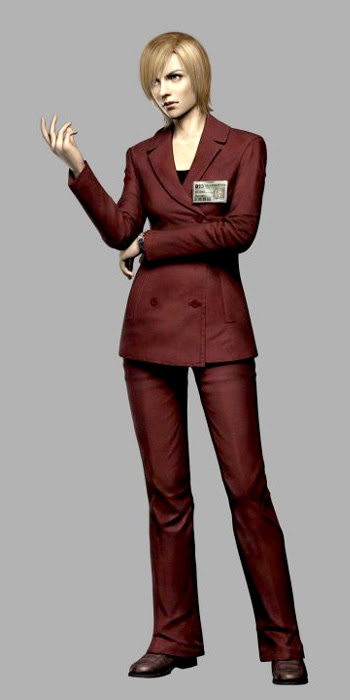 III. See, even though RE has a lot of eye-rolling shit in it - mostly in the category of "pointlessly sexy outfits that make no sense during a zombie outbreak" - there's a core morality in the series that is trying to power through that. Resident Evil is a game about people forced into bad circumstances trying to cope with their situation. The protagonists are generally kind-hearted and compassionate, even when they're giant masculine muscle-men like Chris Redfield. There's more female protagonists per capita than pretty much any other major franchise (although this is pretty obviously due to the game's horror roots). The series even quietly included a gay protagonist - it's never mentioned in the game, but that's specifically because there was no situation where it would naturally come up.

Most of the "bad things" in Resident Evil are the result of either executive meddling or a creepy fanbase. Mikami himself says that the young, "submissive" character of Rebecca Chambers was essentially forced on the game by other members of the staff: "I didn’t want to include her but the staff wanted that kind of character in the game, for whatever reason. I’m sure it made sense to them. And in Japan, that character is pretty popular." See, I just want to mention here - this is an example of a creator's artistic vision being disrupted by meddling, and I hate to mention GamerGate twice in the same article, but I earnestly wonder how many of them will retroactively rush to defend Mikami's free speech. Idle musings.

The point is, there's a lot of bad things in Resident Evil. But those bad things exist in spite of the series and its goals, not because of them. And that's a pretty big component when talking about bad elements in video games, because it means the ultimate goal is to move away from things like that. So you end up with decent writers and designers trapped in a system that forces them to include gross shit that they don't want because "it'll sell to gamers", which brings us to the other issue with gaming.

IV. Apart from bad designs, the other big problem with Resident Evil is the fanbase - specifically, the parts of the fanbase that sexualize the gruesome death of female characters. And, fundamentally, there's nothing the designers can do about that without simply locking female characters away from violence. It's just something you kind of have to accept: if you make a game, it's going to be played by creeps. If you make a game with a little girl in it, gamers are going to be creeps about the little girl. If you make a game where there's a female sidekick, gamers are going to be creeps about the female sidekick. "Gamers being creeps" is the most reliable constant in the world, and would you look at that, once again I feel like I should bring up GamerGate for reasons I cannot adequately explain. But ultimately, like GamerGate, you really can't stop it - you just have to learn to tolerate it, and you find ways to throw the worst offenders in jail. That's all you can hope for. And ultimately, that's the Death of the Author - no matter how good the developers' intentions are, the audience can ruin it however they please, because that's how audiences work.

Resident Evil isn't perfect - far from it - but it's trying to be good. It's trying to be a game where genuinely heroic protagonists, male and female, of all races, are trying to make the world a better place. Resident Evil Revelations 2 made the two protagonists reasonably-dressed women with agency and (relative, video game levels of) character depth. The series is trying. It is aspiring to be better, at some level. That's important. That's something you can work with. Grand Theft Auto will never aspire. Grand Theft Auto will never improve. Grand Theft Auto is built by assholes, for assholes, on an asshole foundation. If you give money to GTA, they're going to say "hey, thanks for rewarding me for being an asshole" and they're going to use that money to build a more expensive, more bloated asshole simulator. People act like it's weird and difficult to talk about "problematic games", but here's the rundown: if you give those devs money, are they going to use it to be assholes? And that's it. Either you're funding people who might make a better game, or you're funding people who are gleefully going to make the worst possible game. That's the difference.

In conclusion, I would like to play an X-COM style game set in the Resident Evil universe. I think it would be good, and also fun. Thank you.
Posted by J. Shea at 1:57 AM