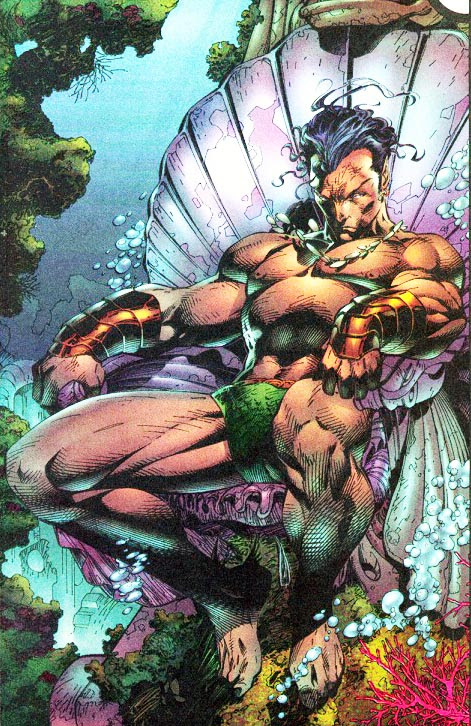 Hey guys, this isn't so much an update as an a request for input. I've been kind of bothered by a certain niggling issue and I wanted to see what you guys thought about it. You see, when dealing with issues of depicting sex and gender, I've had a pretty solid baseline in the past: don't make it a big deal. Utility is going to be the same regardless of sex, gender, race, orientation, etc, and that should be more important than a need to stereotype and objectify. However, I think it's also possible that simply ignoring those traits is not always going to be the best route for equal representation. Simply pretending that an attribute doesn't exist doesn't necessarily empower the people who possess that attribute, and two people depicted in the same manner are not necessarily going to truly be "equal".
For example, several sources (like this Cracked article and this Shortpacked comic) have taken a stance against "False Equivalence", the idea that despite both sexes being similarly clad and  being depicted attractively, both are designed for a "male perspective": the women are there to be desired, and the men are there to be emulated. While I've generally been of the opinion that if men and women are wearing the same things (i.e. "both serious" or "both ridiculous") that it's generally okay, the issue they're talking about is also a problem of the depiction of their physiques, personalities, and so on. Women are designed to be attractive to men, and men are designed to be impressive to men. When you get games like Angelique Trois that are designed entirely by women, it's easy to note a difference in the way that both sexes are portrayed. 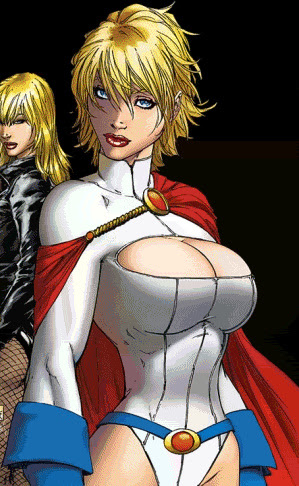 Similarly, in terms of depicting personality, there's an issue of whether or not certain traits properly "represent" a certain group of people, be it a sex, a racial minority, a sexual orientation, etc. It's easy to say (as I have done in the past) that such traits should simply be ignored, since they end up seeming like a forced stereotype - yet it may also be true that people who are actually in those groups may feel that there is some trait or attribute that they feel is central to their identity as part of that group. Simply ignoring those attributes could be considered akin to saying "all characters, regardless of sex or race, should act like white men", which naturally could have its own problems if "white men" is considered a stereotype of its own and not just a name for "doing things sensibly".
Again, though, attempting to apply such things can backfire; the movie Red Tails was designed to be empowering to a black audience, and it apparently does this by making its WW2-era black characters talk like somewhat stereotyped "modern blacks". The idea that there are speech patterns, behavior patterns, or personality types that are "connected" to a minority status might be just as offensive as the idea that everyone should act like a white male. I've heard different opinions about all of these things, and that's why I'm trying to get everyone's opinions about this.
So here's the project that I'm trying to embark upon. What I need from you readers is to answer a few questions based on whatever minority groups you identify with (if any). I'm looking to try to sort of isolate the traits that would make for better, more believable characters without simply ignoring issues of race and sex. If your answer is "just make them efficient/utilitarian, their minority status has nothing to do with it", then that's fine. If you're a straight white male, that's fine too, because I think it's a false idea that comic-book standards are attractive to all white people or all men and it would be good to get some input on whether or not you actually find comic standards appealing.
---------
[At the top of your reply please note any relevant statuses in brackets]
1. What attributes would define "attractiveness" in a manner that you'd want to emulate? If men in comics are designed to be empowering for men (i.e. men read comics because they want to be like the strong, powerful men depicted in them), how would you do the same for women/minorities in terms of physical appearance? What aspects of attractiveness would be part of a character that you would want to be, as opposed to a character that is there to be objectified? I'm talking about things like facial features, physique, aesthetic/fashion sense, bearing, and so on. How would you make a good-looking character that makes you feel more empowered, rather than a good-looking character who is there to be ogled?
2. What attributes would define "good character" in a manner that you'd want to emulate? This is the "personality" version of the last question. What traits would you look for in a character who you'd use for escapist purposes? Would there be any aspects of the character that would be connected to a minority status, or would that be irrelevant/unimportant in comparison to their other traits? By "traits" I mean not only aspects of one's personality, but also speech patterns, attitudes, and values.
3. What attributes would define "attractiveness" in a manner that you'd want to pursue? I'm leaving the subject of this question vague because, of course, there are going to be androsexual and gynosexual readers answering this question. In essence, if women in comics are designed to be attractive to stereotypical men, how would you design a character who is attractive to you? This is both in terms of physical attributes and personality traits. I leave this open for descriptions of female characters because I've heard lesbians say that the way women are presented in comics is not appealing to them, and as such having them describe what would be appealing is also part of this project.
4. Would you say that intent/presentation is more or less important than actual traits? I believe that a large part of the problem with sexist or racist depictions of characters is not what they are, but why they are. There's nothing "sexist" about a large-breasted woman, but if you know she's there purely for titillation it's going to end up feeling fake and offensive. With that said, is it enough to get around that by changing the traits themselves, or is the assumption of sexism/racism going to hinder the depiction of minority characters no matter what?
5. Is identifying or labeling a minority character worth doing in terms of design? There have been lots of attempts to empower minorities by making a dedicated product around them. The idea of creating a "strong female/black/gay character" has been thrown around a lot without much real success. However, it's not like good minority characters don't exist; they're just not designed in such a way. Do you think it's worthwhile to try to make minority identity a major part of a character's design, or is that a secondary concern? Is it better to create "a strong minority character", or a "strong character" who happens to be a minority?

6. List examples of characters who you think positively represent your identified group.
---------
When you've answered these questions in such a manner that you're satisfied with your response, just post it in the comments on this article so everyone can read it and compare/contrast with their own responses. Link this article around, too, because the more people who respond, the clearer a picture we'll have. If you have any questions about the questions, don't hesitate to ask for clarification. Thanks!
Posted by J. Shea at 1:50 PM