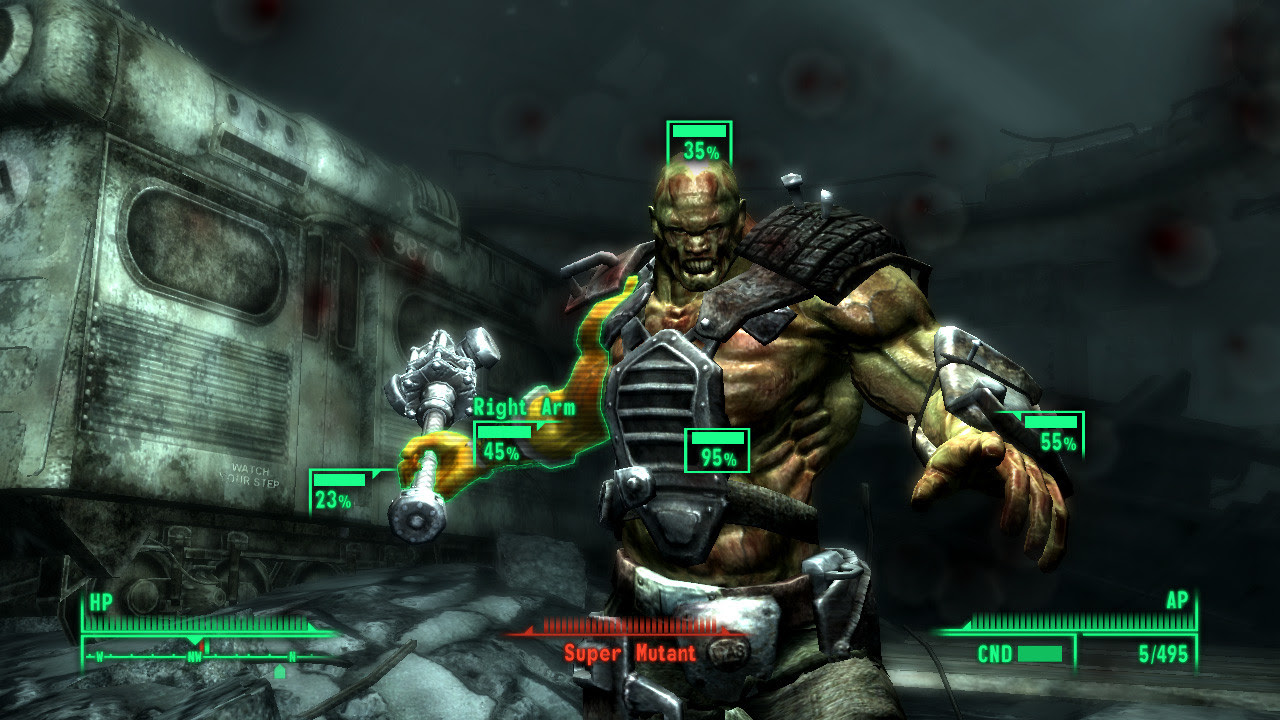 RPGs are fickle beasts. On the one hand, RPGs purport to be the most character-driven genre of games, whether tabletop or electronic. On the other hand, RPGs offer one of the lowest levels of character control in gaming. The fact that most RPG systems are turn-based and/or tactical means that, rather than the player doing something as the character, the player is usually issuing an order to the character and expecting the character to carry it out. In an action game, the player is on some level directly doing something, even if it's highly processed through the game's controls. Reflexes and skill are involved more than planning and percentages.

The role of "skill" with regard to the player character has a different meaning than "skill" with regard to the player. In a traditional RPG (which is to say "rolling dice"), a character's skill affects the likelihood of passing a check, but it doesn't change the fact that the dice are all that decides it. A character may have a better or worse chance depending on their skill level, but ultimately it's down to the dice. This ought to create an attitude of acceptance; it's down to the dice, they're what decides whether or not someone lives or dies. Yet I find that it often does not, and this is largely connected to the fact that, again, RPGs purport to be primarily about character-driven narratives. How can a narrative be character-driven if said characters can die at any moment for reasons outside the player's control or influence? Hence, the divide.

In contrast, action-RPGs can include skill systems that naturally reflect a character's abilities. A character with more experience using guns might reload faster and aim more steadily; a character who's better at a mechanical or electrical skill might simply complete the job in a more timely fashion. However, these are a blend of "the character" and "the player". The limitations of most games mean that the things that the character influences are subtle things that the player does not directly control. The player hits R to reload, they don't actually go through the motions of removing the magazine and putting in a new one. The player holds down a button to hack a computer, they aren't expected to know the coding. Hence, the game becomes divided between "the player's job" and "the character's job". A theoretical game that was wholly player-based would have no room for RPG skills, because there would be nothing left for the player to influence.

I'll use an example scenario. Three characters are attempting to swim across a river. The first character is from a luck-based system and has a low skill level. The second character is from a luck-based system and has a high skill level. The third character is from an action game and has a variable skill level. The first two characters, despite their differences, are dependent entirely on luck; unless there are provisions or ceilings in place that say either the high-level character can't fail or the low-level character can't succeed, they're both equally vulnerable to a naturally high or naturally low roll. The third character may have an easy or hard time of it depending on their skill level, but it's the player's skill that does it - the character's natural ability just makes it easier or harder for the player. Yet the player in this scenario would be contributing a certain part of the skills, thus making it less "character-based".

Now, naturally, I'm making it sound like the player doesn't do anything in a turn-based RPG, and that of course isn't true. The player makes tactical and social decisions; it's simply a smaller set of responsibilities, and generally players dislike it when those things are taken from them. For example, many RPGs have a charisma stat and social skills of one kind or another, but the player generally expects to pick what is said. While a lot of the "charisma" process can be considered minor, but important, details (body language, tone, visible confidence and self-esteem), the player expects to be in charge of the major decisions regardless of the difference between their own charisma and their characters'. This becomes even more clear when talking about intelligence or wisdom, where the limitations of human malleability are tested simply by their nature.

In essence, skill tests are divided between the player and the character. If the action requires manual intervention, it's the player's job. If not, the character takes care of it. The more control is given to the player, the less important the character is. A true "character", if such a thing was possible, would be an autonomous individual with their own skills and abilities. Certainly a wise sage, a veteran soldier, or an experienced thief should handle their own jobs better than some fumbling player, and freed of the constraints of the player they ought to make better decisions. Yet the player must play a role, and this is a conundrum I've discussed before: where should the player end and the character begin?

Now I'm going to try to bring this back to one of my earlier points, to wit, the nature of failure and death in an RPG. RPGs are designed around the idea that one player plays one character, which contrasts with wargames and tactical games where the player has many expendable or semi-expendable subordinates. Loss in such games can be handled acceptably, because the unit can continue while the individual does not. Players may not be happy about a character's death, but the game goes on regardless. This applies to TV shows as well; characters died or were wounded in Band of Brothers, but the show was about the unit and thus the story continued. RPGs are stories about individuals (albeit multiple individuals grouped into loose affiliations), and if an individual dies permanently, that individual's story is over.

I guess what I'm trying to get at is that I'm surprised how many "role playing games" still center on the assumed survival of the individual and the related focus on long, winding, relatively linear story paths. Death and failure are part of a story, and yet in order to reliably complete the stories laid out by the developer or the GM, those things must be ignored or marginalized. This isn't to say that action games don't have failures as well, but a failure in an action game is usually the fault of the player, and not just bad luck. No matter how you skew the odds - larger dice, bell curves, dice pools - failure is going to be inevitable, and there's nothing the player can do about it other than hope it doesn't happen in a critical scenario.

When we're talking "believability" in this scenario, the idea that characters simply can't die isn't going to enter into it. Once predestination and the assumption of safety is brought into a game's story, the game is guaranteed to either be rigged or to be derailed. Rather than building the story as it progresses based on pre-existing tools, characters, and events, the "do all these things so you can unlock the next part" approach means that the risk of un-removable failure (which is a major part of life, to be frank) simply can't exist. I'm not going to try to suggest what should be done about it, I'm just going to note that having one character in a combat-intensive scenario is basically putting all your eggs in one basket, and also you can't do anything to stop the basket from breaking other than hoping really hard that it doesn't.
Posted by J. Shea at 3:58 AM